Last time I gave the story of three different contacts whose main concern had been avoiding detection. I speak to loads of guys and one of the things that comes through but almost unspoken is the incredible effect that adding height can have. I asked three of my contacts to tell me what it means being taller. 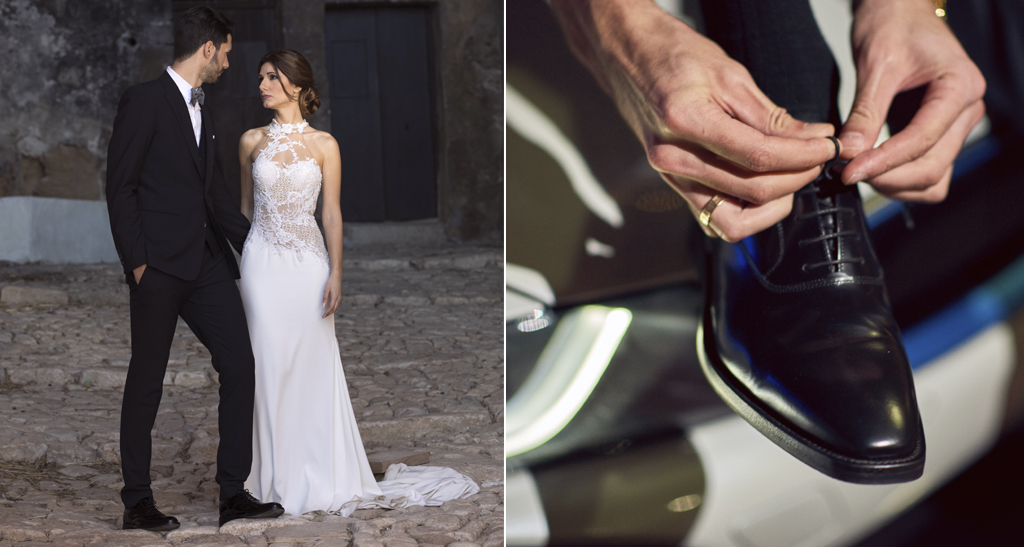 I think of myself as short and indeed at 5’7″ (170cm) I’m shorter than most other guys. I’ve always felt I had the right attitude towards my height. Luckily it was never a MAJOR issue, there were always some other guys around who were similar, and it was “just one of those things”. Yeah I would love to be taller but in the same way as I’d love to have a few hundred grand lobbed into the bank account.

I added height at first for one reason – for when I got married. My partner is an inch shorter than me but obviously taller in even relatively low heels. Even this wasn’t actually ‘an issue’ as such but I did rather want the photos etc to show me a tiny tad taller.

I bought some pretty standard shoes of the type you would wear for your wedding with a suit – it was a choice between the Via Dante (or the Chelsea Black if I wanted to be a bit more edgy), and I went for the first. I ended up with the 3.1″ or 8cm.

Well for me it was an instant plus. I did not feel like a total idiot, which always worried me about the idea of adding height. It had always just been a cardinal rule that I did not want to come close to doing something that others might realise and then it would just spoil the effect. But it was just amazing.

Firstly, no one (not even my partner) realised. That was a revelation to me. To me it was a massive difference, I mean massive. Just think about it really. I went from being shorter than 80% of other guys to pretty much average at between 5’9″ and 5’10”. But it’s clear that the advice I had was correct. At that level, you would not be detected.

But also the shoes were comfortable and felt like just normal. I did not feel like I was walking on blocks and that I was going to be walking oddly. And so I started wearing the shoes a lot more.

Of course the success of this made me think “hmmm can I go higher?. Six foot in a 6 inch pair!!” but I resisted that (I’m glad I did) and a year or two later bought something else fairly mainstream in the same height. I now have three pairs in total bought over 5 years and basically they do for much of my life. All I can say is that it is an ideal compromise and what it means to me is that I am not actually seen as short. And no one at all has noticed, and that still astonished me five years later.

I’ve never really liked being average height. It shouldn’t be an issue but at 5’10# (178cm) it just has been. Plus I never thought there was anything I could do because at one time I used to wear cowboy boots etc, and I actually loved the style, but people commented even though they gave me practically no added height at all. Yes there was a heel but they actually gave me less extra height than my Timberlands.

My only option seemed to therefore be just workboot styles like Timberlands with a tiny bit of lift (but I found that uncomfortable above a very very low extra lift – more than an inch and I was hurting), or actual cowboy boots styles or Chelsea boots with a heel. But again if you wear a heel people actually do notice and although they are often fashionable, it still discounts your height.

It took me years to try out elevators and I was not particularly hopeful. It seemed like a lot of cash to possibly waste on something I might not ever wear. I went for 3″ (8cm) in a real crossover style that would do the job for work and play, and it was quite weird knowing I was over 6 foot for the first time in my life.

One of my worries was the old potential detection/girlfriend issues but once this proved to be no problem, it gave me such a boost in confidence.

And literally, when you looked at the charts, this is what happened – I went from being taller than about half the guys I met, to taller than 90%. Just that 3″ made all the difference and it was a real revelation.

Because it has been accomplished with no one knowing, I have DEFINITELY gone from being average to a nice bit taller than average. This alone feels terrific, but at that level I have no issues with taking my boots off in a more intimate situation. The actual difference is not enormous. Like many guys, much as I would like to go taller, I think I will pass although if I had a good bonus I might possible buy a bigger pair alongside another one in 3″. For me it’s just the joy of being ‘tall’.

What does it mean to me being my new height? Well an experience in the past 24 hours just about sums it up. I work in sports management and was working last night. As you can see from my height in the heading, I’m tall. Very tall, at 191cm or over 6’3″ – it’s not a misprint, and I love being taller, as tall as possible: as we were all stood around talking last night, and joking around, two of the guys said to their very tall mate, referring to me: “He’s taller than you, Sam’s taller than you”, and it felt so great. No one could tell I was wearing 6″ boots, and this is just a constant thing now.

I’m one of the growing number (growing literally) of tall guys who are into being taller. I e-mailed BigRob a few years back saying: “I know you might think this is crazy from a guy that’s over 6’3″ but…” His reply said to me that an ever increasing number of very tall guys like me, like in the top 5%, want to be taller than the remaining 5%!

And really that was exactly it for me. To many of you reading, this will seem almost crazy: but if I’m doing something and another guy comes along taller, I’m like ‘OMG No!’, and it makes me feel weird. Right at the outset, before I had properly added height, I had this experience of a bloke coming in and he was a good 4″ taller and so I stuffed my boots with lifts!

So what does it mean to me? Well I have basically achieved what I want!! I’m always the tallest guy on the block, and my added height has simply worked like a dream. To be honest I was surprised at just how straightforward it was from day one and initially took BigRob’s advice to buy flatter 4″ (10cm) elevators and then work up. But I then went for my 6″ boots within a few months, and I am never out of them. They look enough like workboots to avoid any kind of comment, but are great quality and are cool with jeans. It’s difficult to describe the buzz I get from wearing them. In the words of the cliché, ‘a dream come true’!

For more information on how elevator shoes work and everything about elevator shoes, please read this post from The Modest Man.
.