Who do you tell you are adding height? The simple answer to that really IS “no-one”. There is the old saying: “If you tell one person, you have told the world” and when it comes to personal things, people love to gossip even more. The problem is that gossip about people’s personal lives and appearance seems irresistible. But of course set against all that is the fact that many people are not good at discretion or polite concealment – there is a general desire to tell people everything about themselves (on social media etc), which is probably every bit as unhealthy as wanting to hide everything. But unless you are that rare kind of guy who is not bothered that people know he adds height (“I bought some lovely 4” elevators, they make me look really tall” – I have never met one of these guys yet, btw), then I have some rules for you as to how to keep it real while making sure that no-one ever knows. So I start from the perspective of probably almost every guy that has added height and/or bought a pair of elevators – I want to make myself seem taller but at the same time not to look like I am trying to. I also frankly pretty much dread anyone actually knowing or even guessing. 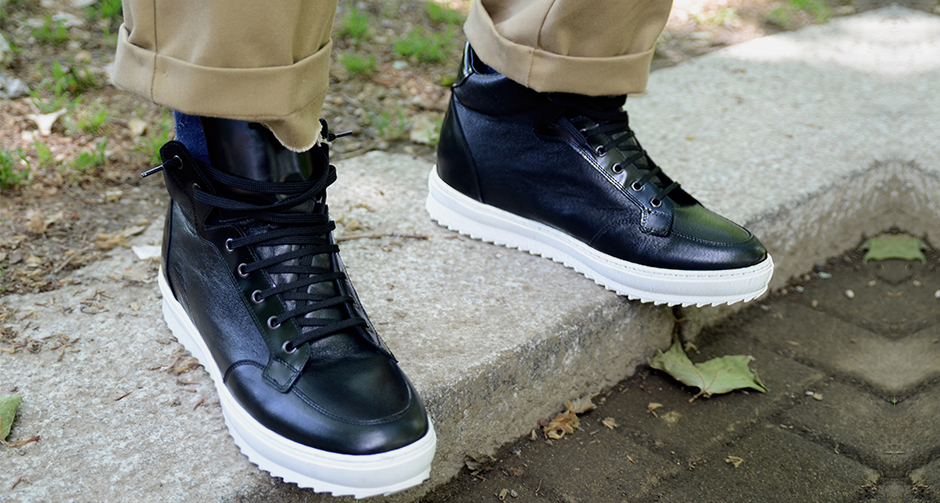 Surely that is what motivates you?

Somehow it is still the case that women can do anything and everything in regard to appearance (make up, heels, having the breasts made bigger), talk about it endlessly on chat shows or to each other. But for your average man, it’s a non starter. A guy just will NOT by and large talk about making himself look better – the fiction is that it’s all supposed to be natural. I run nightclubs and know loads of blokes of all ages who I am certain have had cosmetic surgery, dye their hair, do artificial stuff to enhance their sporting careers etc. But the fiction has to be that they are cool, naturally gifted and in no need of any help, thank you. It’s all untrue but the publicity machine says it’s true to, hey, it has to be. So let us accept that, for now, if you do something to help your appearance you have to be pretty careful how you approach it, and you know instinctively that you are not gonna want to tell ANYONE. But that you might feel a pressure to tell at least someone close to you.  Now I think that is a good start point – telling no-one. This is not quite as final as you think and does not necessarily involve lying.

But let’s start at the very beginning. You are buying some elevators from GuidoMaggi. Well, do not tell anyone including girlfriend, mum, best mate (specially not best mate!) that “I am buying a pair of elevators”. Apart from anything else the lifts detach so it’s not like they are there solidly stuck into the boot and can be looked at at any time. You have just got some cool new boots. End of. If someone wants to look at them they see a normal pair of boots or shoes when the lifts are not in them. Now, I have said this a thousand times and you may find it difficult to credit but the vast majority of people will just not notice you are taller when you slip that elevator into your shoe, the moreso if you only get up to the 3.1” (8cm). And if anyone at all says anything, it is just a case of you turning it into a casual joke: “Oh really, they make me look a bit taller? Wow, fab. I’ll have to get some more of these then…some boots do make you look taller I guess”. And then move onto the football, the weather or the film. But the point is that ALL footwear has some impact on height, some more than others, and people are generally just not good at calculating even relative height. Guy A and Guy B are exactly the same height. Exactly. When really pressed, most people would not be able to say whether one was taller than the other and will get it wrong – as indeed will Guy A and Guy B! Height appears different at different times in different circumstances. In different footwear of course.

So you do not have to tell anyone.

Girlfriend? Well, I have never actually told my own girlfriend and we have been together eight years. She herself wears these crazy huge heel and platform combos up to 8”/9”, so going up and down like a yoyo she really has just NO idea about others’ height. I guess she knows/might know I seem taller in some things than others but then so does she (dramatically). All women really wear heels at some time or another. With ONE exception, all the guys I have advised have let it happen naturally when buying, not made an issue of it or a dramatic announcement, and have found that wearing elevators has not been noticed. Quality of footwear helps of course. And wearing the right footwear at the right time. Please please do this even if it means sacrificing an inch or two. No clumpy boots with suits unless you are a young trendsetter in certain types of jobs or work. First off, you always make sure that if it IS shoes off (sport, fun, whatever!), you at some point early in the proceedings quietly take the elevators out of the shoe and stick them in your own private bag. This is not necessary in 99% of times but might be useful to get in the habit of, just in case someone actually likes the boots and picks them up when they are on the floor (people do!).

People who are very very close

Now we all have this thing about not wanting to ‘be deceitful’ and of course it may be the case that over time in a relationship, the issue of your footwear or adding height becomes part of that. My own view, for what it is worth. Say nothing and keep it that way: if it appears to go somewhere towards saying something, then you can ostentatiously buy some foot insoles, have them lying around and stick them in on top, saying you like them ‘for comfort’.  It kinda covers certain circumstances. I think that any ‘confession’ with detail and measurements is both unnecessary and unwelcome! It is also about timing. A new or newish relationship presumably works whether barefoot or booted so it should not be an issue. As time goes by, you become more familiar and I now turn to the one exception I have mentioned. Where a guy said something to his girlfriend. This guy has been with his girlfriend for 10 years. They are both 29 so still in that early stage but old enough to kind of know what they want. The point here was that she actively likes her guys to look tall and had said how much she liked it when he wore some boots with a bit of heel as they made him taller: so of course he knows this and one day he decided to buy a couple of insoles and openly add them ‘for comfort’ to his new higher elevators (he went from some 3.1” to a pair of 5” boots), and she said that she liked him being taller and that he looked amazing, assuming it was the insoles he had bought from the pharmacy! I think he had intended to cover himself assuming she might realize he had added a lot of extra height. But he also knew she liked him being taller. So in the end he said something about adding more height via some small lifts. And that was that. She knows and it’s cool. My reservations? Well, if they were to part the danger is that it gets mentioned. 10 years in and happy…so maybe it’s cool.  A danger that she might tell someone anyway, entirely innocently? Yep, but he HAS told her he would hate that as people would ‘get the wrong idea’. Other people’s secrets are never as important to be kept as your own.

Never never ever. The minute you tell a ‘mate’, it becomes a given that everyone will know. I am afraid that this is one area where you have to be hardline with yourself, totally believe in your new height as ‘real’ and actually completely dissemble imho – lifestyle  is important and you can add less if you are playing football with mates and always at the gym etc. But otherwise you can add what you like and never ever say a thing.   The bottom line – this is an important issue, it deserves sensible discussion and IS a consideration because of the way we live today. But it’s not a major issue really – just have confidence in what you do and it will be great. Underplay anything, and do not ever focus in conversation on your height or that of others.