Well this time I am not actually talking about the adding of inches but of making the very best job of ensuring that your elevators and all height addition at all levels works for you to the max. This time it’s about that word ‘gradual’. It’s a good word to remember for what we do. It’s probably the most successful way of doing it. 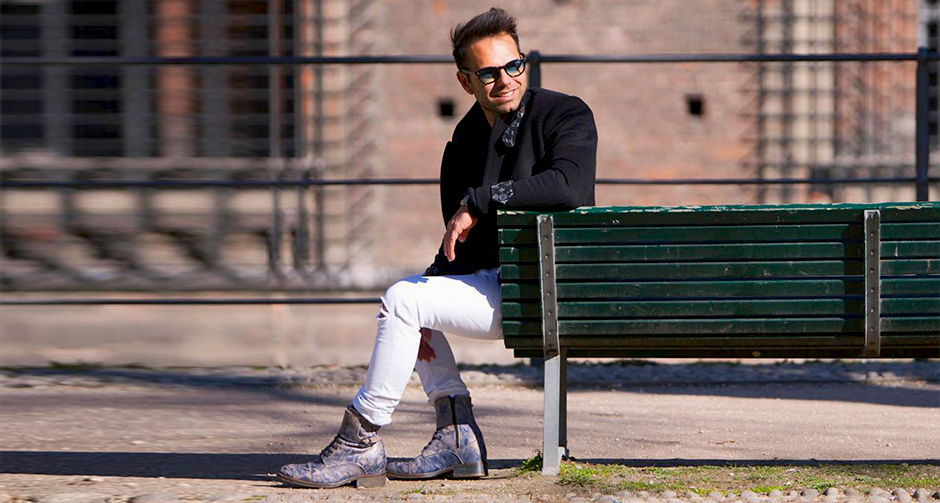 There is just no one better way of adding height than doing it gradually, almost to a plan, especially in certain circumstances like involving work or family or where your lifestyle is fluid. It enables to you to carry on up slowly and naturally…or to stop at a certain point, or slow down! It is almost unbeatable and you will be amazed at what you can achieve over a not-too-long period. The drawbacks of this of course is that it is sometimes more expensive, even if only over a period of time. And it takes more patience when you want to suddenly get to some magic height.

I had no option

My situation was interesting – I HAD to do it gradually because I had no option. A decade or more ago, certainly 15 years ago, there were honestly NO fashionable or well made elevators. They were all those cheap ones that did not bear scrutiny. As a young guy working in nightclubs, there was no way I was going to wear anything like that. So I HAD to wear the small lifts you shove in the heel area, and get ever more artful with them. When I ‘graduated’ to elevators, my Shanghais and Ischias from GuidoMaggi, I had already added regularly a couple of inches or maybe even slightly more in those lifts. But inserting lifts at that level into shoes not made for them is never really comfortable.

But first let me give you a good example of this gradual approach that is not so long drawn out. I have always welcomed guys getting in touch with me for advice, on the basis that I have been adding height since my late teens, have made all the mistakes, and there are very very few places anywhere where advice is available, other than online trolls screeching at you “don’t do it, idiot”.

A few years ago, one young guy got in touch with me as wanted to be at least as tall as his younger brother, 2 or 3 inches. It doesn’t matter the whys and wherefores, he just did. He had two things in his favour – both were away at college backwards and forwards and so met from time to time at the family home: and that time break, even just a month or so, is also a great cover for serious change. But also, he straight away started using shoe inserts or lifts of just an inch (nothing more really for lifts, as it gets uncomfortable). He was surprised that although he felt much taller, no-one even noticed – I say this so often about no-one noticing, but it is counter-intuitive and I can only tell you that you will learn for yourself that height addition at the lower levels is just almost impossible to detect.

He had added that inch of lifts for several months, it felt right and he experienced a feeling of normality, and then went on to some elevators, 3”, and he realized that at this stage, although nothing dramatic on top of the lifts he had been wearing, he was pretty much up there with his bro. The shoes were very flat-soled, the lifts were 3”, in fact a bit like a slightly lower version of my own 4” Ischias, and he met his brother eye to eye. He said it was weird that he almost feared this moment because in his mind the brother would notice, it would flash all sorts of lights and…drumroll…he would be uncovered. But of course that is not how stuff like this works. He was just the same now and that was that.

It was unspoken but he KNEW that the brother had realized they were now the same height. But unless you want to appear obsessive, it is NOT something either party tends to raise about small incremental alternations in the height of someone else.

What he said to me was interesting and bears out all of my own experiences – in a situation like this, where gradual is the key, it just gives a very very broad impression – a brother might think, really in passing; “Never realized we were similar height”. Might even say it. But unless really pre-occupied with competition on height, people do not as a matter of course go round comparing by the centimeter on the basis of the past. They just get vague impressions within a certain band of height. Truth is that the brother never really probably gave much thought to my contact’s height…until he ‘realized’ one day that they were the same.

Now this is very different to the impression that might pass between two height oriented guys if one day a brother was 3” shorter and the very next day he was 2” taller, living in the same place! Pulling that off in close proximity day by day is a tall order! I wouldn’t recommend it. You can only really get away with the dramatic if you have been away a long time, moved to a new scenario etc. One guy who was in touch with me left university, wanted to dramatically add height, moved for work, added a lot and of course no-one knew. And when he saw his old college friends at his new height, the time that had gone by had dimmed the exact details of the real height. But that is an unusual situation (although not rare). The real point is that gradual is good, the rather unpleasant ‘boiling frog’ analogy where you do not notice something fairly major if it happens gradually to you… and the approach also takes away a lot of that fear we all have to some degree adding height.

And here, though, is the next bit. One year later (which was about 9 months ago), my contact went for the extra inch, for 4” boots, still flat enough in the sole, and is now very comfortably as tall as his brother (and probably even just a tiny bit taller). And there is no suspicion or issue or weirdness all because it has happened gradually.