Now here’s an issue that raises its head all the time when dating and particularly in online hookups. “Are you tall enough?” is the gist of it, stripped of its coyness. It’s an issue even for people who do not specify “I want a tall guy”, but it’s much more subtle than people realise and worth referring to here. It’s particularly interesting as the issue of height is almost never overwhelming and can be remedied by careful height addition. I know from my experience in what I do professionally, working in what is often called ‘the night time economy’. 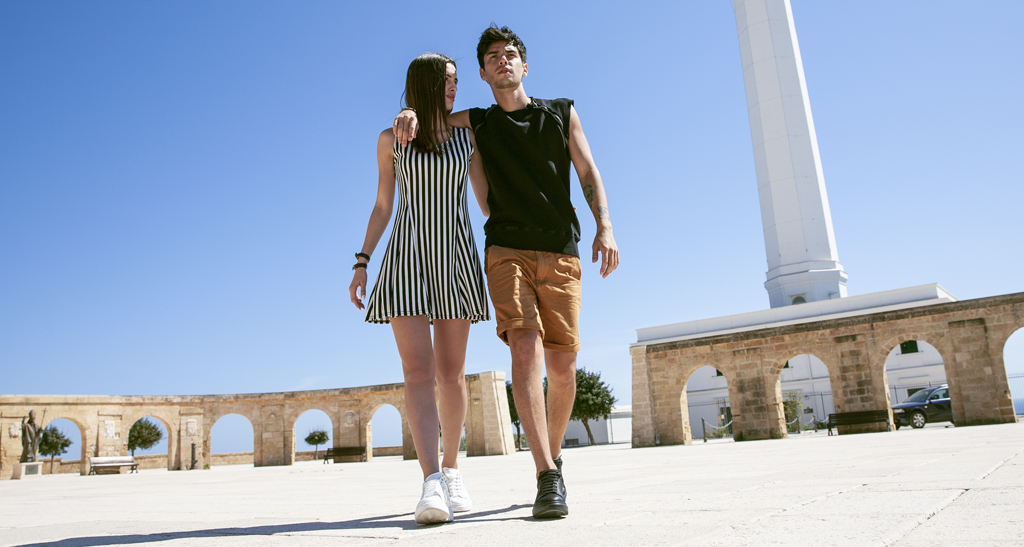 Firstly, let’s forget all the silliness about citing shorter guys like Tom Cruise as if “Well he has no problem…”. We all know why he has no problem – he is a rich and famous movie star and even if he were 5’3″, 82 and without hair and in that position, he would never have a problem. And let us remember, it’s pretty clear that he goes in for adding height, as do hosts of other well known shorter men. And secondly let’s forget people who specifically like very tall guys. They are fewer than you think and irrelevant to what I am talking about.

And there is a real key to all of this that is based upon being careful and adding height as and when it suits. It’s called being “Appropriate for the occasion”.

Being a bit taller never hurt anyone. Whether you are 5’3″ or 6’3″, there are always times when you want to be a tad taller. And this particularly applies in the realm of what is indeed euphemistically called “the night time economy”.  Much smashed to pieces by the pandemic, it is the area that I myself work in and have done so since I was in my teens. Clubs and bars etc. The area of life is all about having a good time and yes, meeting new people and if you are involved in it as I have been for so long, you really do get to understand a lot of the psychology of attraction. And the good news is that height is not vital. But it helps.

I have noticed that first impressions are important and that height itself helps but is not the deciding factor in any way. And on occasions, I have thought of loads of guys, even guys of above average height: “if you were just a few inches taller, then it would make a difference – but mostly to YOU”. To all those guys who are kinda in the middle, maybe a tad below average and wanting just to measure up, a very very subtle amount of addition via a 3″ elevator has a staggering effect.

Going from 5’8″ in a city like London (where two in three are taller than you) to 5’11” (where you are TALLER than three out of four guys) is a major thing for you, but it is NOT so major that it causes comment among any people that know you. And if you are out for a night at a club, firstly no one knows what others’ heights are in that situation and secondly the extra confidence is felt immediately.

Elevators are tailor-made for club life, it has to be said. I myself wear my 6″ elevators constantly in the clubs and parties I run. And if you look at a lot of clubwear in certain circumstances and times, much of it adds height. Loads of the big name sneakers add at least an inch-and-a-half or 4cm in height without any cause for comment, as do workwear boot styles, like Doc Martens or Timberlands etc. Or indeed styles that become trendy with heels.

People move around a lot in a bar, they are focused on all sorts of things but not on the tiny minutiae of others’ shoes.

So height in this situation is highly moveable in terms of perception and no one will express dramatic disappointment when you later remove your footwear if you are only wearing 3″ elevators!

Club life and interaction is much more based upon impressions you make and the to and fro with others based upon loads of aspects of your personality. I hear it all the time from and about others. It really is a microcosm for people meeting, dating, making friends and widening the horizons. It is you wearing the shoes not the other way round.

Now of course you CAN go higher for show etc. If you are a short guy and want to look way taller then yep you can get yourself 6″ elevators. But this really is for show and possibly for situations where you are settled and want to just party and look your tallest. My advice for general club and bar life is around 3″ at first if you are up to 5’9″ and up to 4″ if you are over that height. Like me you may just go way further but too much right at first may put you off.

Height not being OVERLY important to MOST potential partners when you are out and about is crucial, because once an impression is created it is fixed – and nothing about a 3″ height addition will cause any issues.

Unless people are very fixated on one aspect of a potential partner’s appearance – they love blondes, or very tall or very muscular for example – then they are not going to overly notice your own height addition at that level. Any more addition at first carries with it a health warning! You have to learn how to carry it off and you should always start with the basic, which is imho that 3″ elevator if you are less than 5’9″ and going out for the night.

My girlfriend is quite typical when it comes to thinking about height in a guy. She says to me she ‘likes it’, but when we sometimes talk about people who are fanciable, many of them she mentions are not tall at all.

And one of my contacts, a regular clubber who is 5’6″ and adds 3″ (sometimes 4″) tells me that he has never ever had any detection issues with adding height at the level he does. “It is probably the single best thing I have ever done in terms of my appearance,” he told me. “I would LOVE to go higher and might do it one day just for myself on occasional nights at some point, to get the buzz of being 6″ taller, but this, getting to a height I feel comfortable with in 3″ elevators, has been fantastic for me.”