Over the past 5 years I have written a lot here and elsewhere about elevator shoes and making yourself taller. In that time I have been contacted by loads of guys for advice… 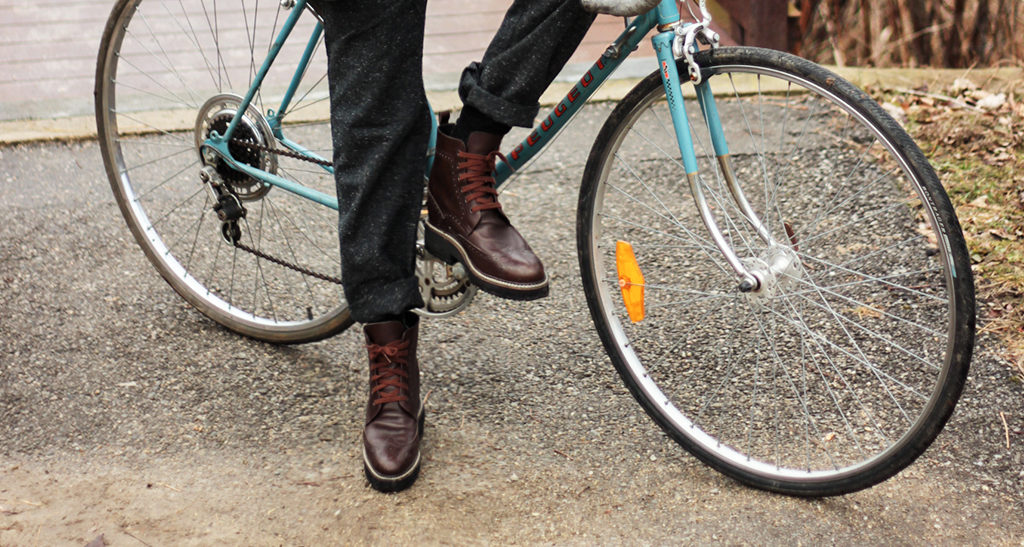 A tiny handful I have met, but most are contacts I stay in touch with online through their own journeys in adding height. It’s fun and I have always enjoyed dispelling the myths and giving the benefit of my own almost 20-year experience since I started adding height in my late teens.

Each guy has his own story. With their permission (and obviously keeping discreet and concealing ID etc) I am going to tell you a few of the stories as I think they offer useful insights into adding height. This is the second story…

Adam is early 40s and at 5’7” (170cm) is below average height and lives in Canada. His work involves both office and site visits, 50-50. “I have to admit I have always liked the idea of being taller,” he says “but it is not an obsession. It’s just an idea and even when I was in my mid teens I used to add a bit of height by rolling up socks and putting them in my shoes. I was amazed at the difference it made. There were loads of guys at school with me who were a similar height and I found that just by doing this I overtook many of them. It was quite funny actually and taught me something there and then.”

Adam is a very recent contact of mine, and until he mentioned it, I had never really properly thought about that point, or thought it through – the subtle overtaking you achieve just with a tiny bit of extra undetectable help means you can surpass so many guys. The difficulty being how to keep it up every day.

Similarly, the other point he reminded me is that although the average height is a couple of inches taller than the 5’7” he is, it’s about 5’9”, there are still loads of guys around that shorter height. In fact one in four is that 5’7” or shorter in Canada, which is pretty standard in North America and Europe.

Adam bought his first elevators way way before even I did and he dropped me a line recently asking me for advice after I had posted a lot about my pleasure in the 6” boots. “Would they work for me?” was his blunt question.

To answer this I needed to know his history. And this is it in summary:

He is therefore seen by and large by everyone now as average height hitting up to a good 5’9” to 5’10”. And this he achieves every day and all the time.

Should he go for 6” boots? “No-one has ever guessed I add a few inches of height. I know this for a fact. I don’t take my footwear off for stuff like sports, my girlfriend doesn’t realise either. If she has any thought about it, I think she probably just thinks that my shoes have a slight heel that makes me seem a bit taller – and that is if she thinks about it at all anyway. I know she would say something if she thought I was trying to add height. I have always been amazed at how people just do not guess. But I really want to go a bit higher and wonder about those 6” boots!!”

Well that’s a tough one. For sure Adam would hit the magic six foot in them. Now I might possibly say “Why not?” if they were just the extravagance of an extra pair for nights out. But from day to day going that high requires a real commitment, especially if you have started around 5’7”. You yourself, if it works well, will then want to always be that height. And that amount of added height takes more care and discretion.

Can I finesse the 6” boots? 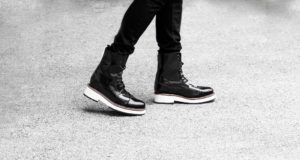 Adam has to say to himself “Is it worth the sudden jump?” And also: “Does my lifestyle allow me to do this and maybe go to the stage of doing it more often, not just when I am going out for a night out?” Most people will not notice you going from, say 5’10” to 6’ if you have been achieving that height for a long time. But there are still issues based upon your base height, including for example the type of clothes you wear. There’s no doubt that the boots are convincing enough, but how would Adam himself finesse the extra height?

The other situation is your partner and others close to you. OK Adam does not need to take his footwear off for some situations, like at work, but a 6” hike needs thought to finesse it properly with those very close to you who see you without shoes! – quite seriously, if you buy anything 8cm/3” or less, even your partner will not really notice as you take shoes off and on, and certainly will not think you are adding height. Women themselves do it all the time, wearing heels. But once you get to 5” and 6” of added height then a change of that level is noticeable to those closest to you, or can be, and you have to be aware of this.

If it were ME in Adam’s position, and I had got away with everything with confidence so far, and wanted a bit more height, I would go for a 4” (10cm) pair as it is taller, yes, but not SUCH a hike from 5’7” and from Adam’s current added height of around 5’10”.

When you are the type of height that Adam is, small added heights are unnoticeable when you wear quality elevators. But bigger ones (5” and 6”) require just a bit more care to carry off well. And in the end that is what he did, with the idea that he might go a bit further in future!