When you look at the statistics on height, you see that elevator shoes have an amazing effect on height even at the lowest level – at even just a few inches they can turn you from being shorter than average to taller. BigRob looks at some of the height situations in different countries 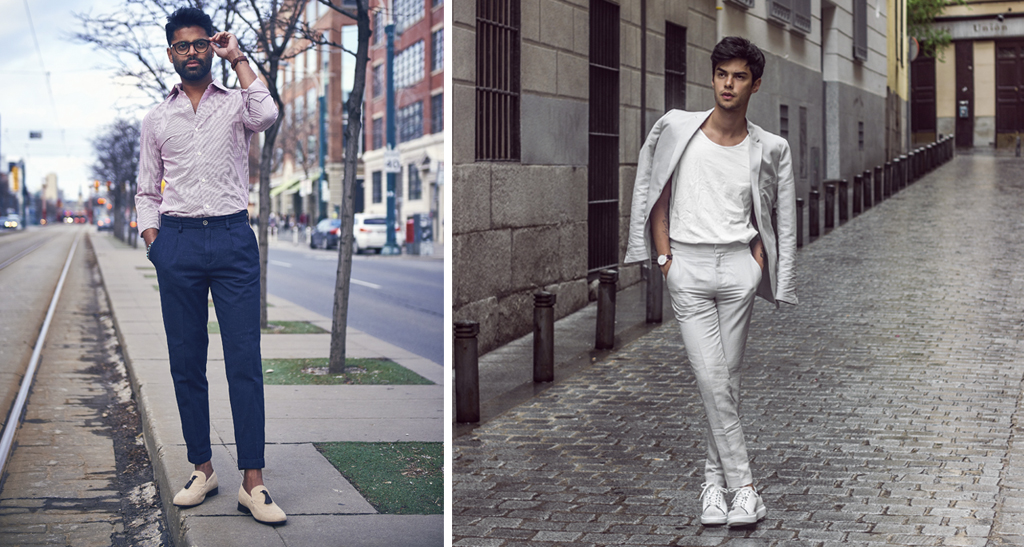 In some ways it doesn’t sound a lot does it? Adding three inches or, say, just over 7cm to your height? But in this piece I want to explain to you a few things about exactly what an enormous difference it does make, even in fact two inches or 5cm…and I will do this by using the statistics of what are called “height percentiles”. Bear with me as I use figures, but these are important because they show that just adding a few inches you can go from being shorter than 75% of guys to taller than 25%. I will mix and match metric and imperial measurements to suit each case…

These percentiles are ways of telling you how many people in your country are taller (or shorter!) than you and they are remarkably accurate. You have to do them by country as countries vary so much – Holland and the Balkans now are the tallest round 6’ (181cm) but a lot of countries (like France) are up to 8cm shorter! And they reveal some very surprising facts that show just how effective elevators can be – even at very low levels of height addition.

My height references are for whole populations in a country, not just younger guys. You often see reference to the average Dutch guy now being well over 6’2” or 188cm, but that average refers to younger guys: the current average of ALL adult males there I still tall but is a good bit below that. I will mention this situation more later.

Walk Tall in the USA

I want to start with some facts about the biggest country or market in the west – the USA. If you are the average height there, just a little over 5’9” (in fact 5’9.3” or 176cm), then just by adding 3” in height through the flattest regular work shoe elevators, you get yourself to just over 6’ and you are at what is the 85 height percentile –  you are now in essence taller than 85% of all guys in the US. So out of every 7 guys you will see when wearing your elevators, only one guy is taller. Without your new height, just wearing your usual flat shoes, it’s 50/50: you are right in the middle so for every guy shorter, you’ll see a guy taller. Now that is a stark difference. Go for the 4” (10cm) boots that I myself first went for, and you are well over 90 on the scale – only 1 in 12 guys out there are taller than you.

Sticking with the US, let’s use the same two pairs of elevators 3” and 4” for a shorter guy 2” (just under 5cm) below average height.

Now I am gonna switch to Holland where the average height is over 2” taller than the USA  – 5 whole cm. Basically almost 6 feet. 181cm. In Holland, quite a lot of what you would think of as taller guys wear elevators and it was a guy who buys from GuidoMaggi that asked me to write something about this. This regular customer is 190cm barefoot which is a whole 6’3”. He shares his thoughts here. “When I am in France or Luxembourg, I notice I am almost always very tall, almost never do I feel the need to add height. Which I like! But in Holland, well increasingly guys are much taller and don’t get me wrong, my 190 is still taller than average but loads of guys seem now to be my height or taller: when I wear my 10cm (4”) boots, I reach 2m (just over 6’6”) and when I checked the height percentiles, well that was good enough for me!

Here are the percentiles for him. At 190cm in a country where the average is 181, he is at that 85 percentile which I mentioned above (and that was for a 6’ guy in the USA!) Yes taller than a lot of guys but one in 7 are taller. And here is the point – among younger guys like him, where the average is much taller, then one in THREE guys are taller: for him wanting to be much taller on his home turf and among his own age, it had to be 10cm boots and sneakers. Now at 2m (just under 6’7”) he is well over the 99 percentile – 99.457 and this means only one guy in almost 200 is taller! “I bought one pair of 15cm (6”) boots for special and nights at the bar because you get very tall younger lads in there at times,” he says. And look at that difference. The percentile does not LOOK much different at 99.936, but what that means is that in his 6” (15cm) boots, only one guy in almost 1,500 is taller.

You can find height percentile charts for most countries except the smallest states. As with all stats, read the small print – so for example some studies stick to certain ages – eg one chart restricted to 15 to 30 year olds, gives in Holland the average of 188, 6’2”, that is 7cm different to a chart with the whole adult male population and fits with what has happened in the Netherlands over the past 60 years – it was once the shortest country in Europe!

Similarly, look closer and you will also see some unusual stats – in Germany the Height/Weight/BMI survey a few years ago showed almost 11cm difference between one region and another. Added to age differences, it meant that 18-29 year olds in Hamburg were similar in average height to the young Dutch guys – well over 6 foot – but if you went over to Saxony you lose about 10cm.

But the essence of the argument is this – adding a few inches to your height pushes you up sharply in the rankings wherever you are. Three inches on a shorter than average guy totally upturns your rank – from being SHORTER than 75% of guys you are likely to see around…to being TALLER than average. It’s possibly the coolest argument for adding height that I have seen.