After more than 30 years, the American actor returns to take on the role of Lieutenant Pete Mitchell in the Top Gun sequel. Only 170cm tall, Tom Cruise continues to conquer everyone with his unchanged charm, always supported by the choice of wearing height increasing shoes! 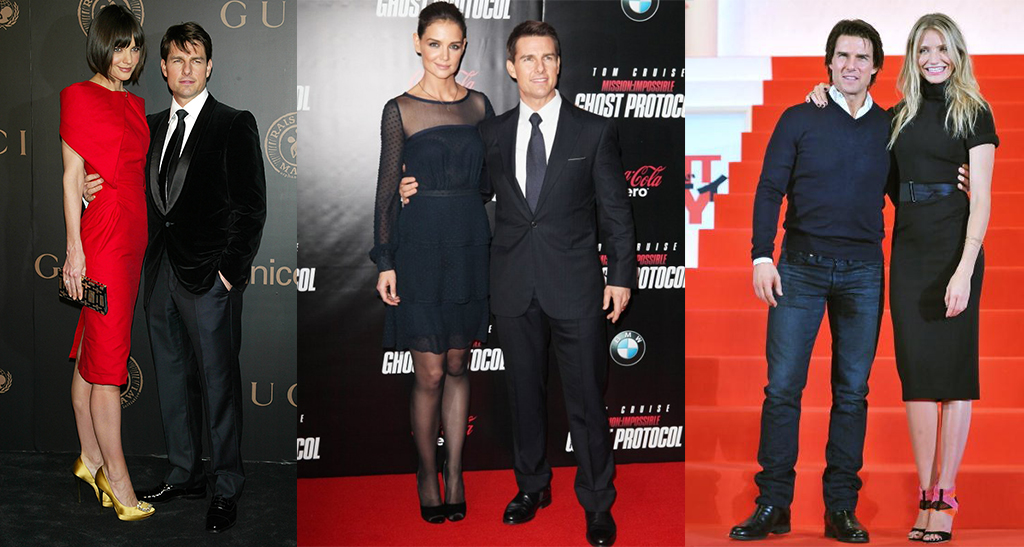 Still being on the crest of a wave, Tom Cruise at age 57 continues to be among the highest-paid and most loved Hollywood stars by fans around the world. Timeless charm and talent without equal for an actor who continues to be box office champion. In Italy, the eagerness for the new sequel of the Top Gun money, a cult film from the 1980s that contributed to its consecration in the Olympus of the stars, is growing and it is scheduled to be aired on June 2020. After waiting for more than 30 years, here comes Tom Cruise, more irresistible than ever in the shoes of Lieutenant Pete “Maverick” Mitchell: more desecrating, tenacious, courageous and contemptuous than the boy we met and loved back in 1986. Even though decades have passed, Cruise’s determination remains unchanged. Always in great shape, the actor is now more fascinating than ever. Among the highest-paid actors in Hollywood, Tom Cruise is one of the very few who never asks for stand-ins even for the most extreme scenes.

However, what is the secret of Tom Cruise’s success? In addition to his powerful physique, here the choice to wear height increasing shoes plays a huge role, a choice he shares with other famous colleagues like Robert Downey Jr.

Just like Downey Jr., Cruise has also managed to climb the heights of popularity without being influenced by his stature. Always having an unparalleled success with women taller than him, Tom Cruise proves once again that height is not big of a deal for him. Katie Holmes and Nicole Kidman, Cruise’s historic companions, are in fact both ten centimeters taller than he is, but it has never been a problem. On the most exclusive red carpets and on big occasions, Tom Cruise shows his charm next to his partners not disfiguring because he wore and continues to wear shoes with a heel that allows him to gain extra inches and enhance his sex appeal.

For all those men who always want to be “up to the mark” without giving up their innate class, this is the best style choice. Thus, to gain extra centimeters and to be as cool as Tom Cruise, the ideal choice is to move towards the Italian style of excellence presented by the GuidoMaggi elevator shoes. Exclusive, elegant, handmade by skilled artisans, strictly tailored and with an innovative design, the GuidoMaggi footwear offers the right mix of comfort and true luxury. Above all, however, the shoes offer up to 15 centimeters of extra height in total discretion. The new autumn-winter collection is a roundup of truly unique and always trendy creations; a secret to increase one’s charm and to always be at the top just like the charming Tom Cruise.